Male Dogs Desexing – What You Need to Know

Male Dogs Desexing – What You Need to Know 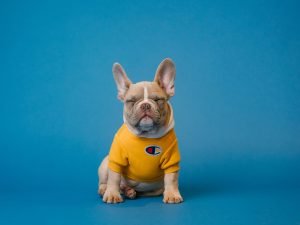 Male dogs need to be desexed, especially if they are not breeding animals. The most important reason for doing this is the prevention of testicular cancer. Desexing a male dog also reduces his chances of getting prostate disease, as well as behavioural problems such as aggression, dominance, and marking territory.

Here’s what you need to know about desexing your male dog.

What is desexing a dog?

Desexing (neutering) is the process of removing the reproductive organs of a male dog so that they can no longer produce offspring. Removing the testes prevents testosterone production and makes testosterone-related medical conditions less likely to occur.

A permanent desexing can be done by surgically removing the testes. Alternatively, in certain cases, a medical desexing is carried out by injecting a long lasting hormonal medicine. This medicine will keep the male dog desexed temporarily for 6 – 12 months.

As we mentioned before, male dogs should be desexed, especially if they are not breeding animals. Preventing testicular cancer is one of the most important reasons for doing this.

Desexing a male dog also reduces his chances of getting prostate disease, as well as behavioural problems such as aggression, dominance, and marking territory.

What age do male dogs get desexed?

Generally, desexing later makes large breed dogs marginally less prone to ACL ligament injuries. But if the larger breed dog is demonstrating hyper behaviour (aggression, mounting other dogs, growling), then it’s important to get them fixed as soon as possible. If it’s not done immediately at the onset of this behaviour, it may be impossible to reverse their aggression because of how hard-wired their brains are at that point in life. For dogs showing behavioural issues, the benefits of desexing early far outweigh the marginal risks associated with ACL injuries.

It is always important to discuss the best time to desex your male dog with your veterinarian.

What do you call a desexed male dog?

A desexed male dog is called a “neutered dog.”

What happens if you don’t desex a male dog?

f you don’t desex a male dog, there are many potential health risks. One of the most common is that they could develop testicular cancer. This disease is a type of cancer that occurs in the gonads and affects the male reproductive organs.

The chances of developing this type of cancer increase if your dog’s testicles have not been removed.

Desexing or neutering a male dog also reduces his chance of prostate disease, as well as behavioural problems such as aggression and marking territory.

The other benefits include:

The case of deep chested dogs

Breeds that are deep chested such as German Shepherds, Rottweilers, Great Danes and Huskies are at risk of Gastric Dilatation-Volvulus (GDV). This is a serious condition that results in the stomach twisting on itself, with the stomach protruding into the chest cavity. It is often fatal – this is why it’s important to have gastropexy surgery as well when they’re being desexed.

Gastropexy surgery is an effective treatment for this condition and has been shown to significantly reduce the risk of GDV in these breeds.

Gastropexy is performed by making a large incision and sewing the stomach in place so that it cannot twist. The procedure is performed under general anaesthesia and is not very painful.

The case for brachycephalic dogs

A brachycephalic dog is a dog with a short muzzle and wide skull. Brachycephalic dogs include the pugs, bulldogs, boxers, Boston terriers, French bulldogs and other similar breeds.

Doing BOAS simultaneously with the desexing surgery is a great idea as it reduces the cost of surgery and makes it easier for the dog to recover.

The surgery itself can take anywhere from ten minutes to half an hour.

Neutering surgery is performed by a veterinarian while the dog lies on a surgical table under general anaesthesia. The procedure involves the removal of both testes and is usually performed through one small incision in the scrotum. The incision can be closed with stitches or surgical glue.

Although desexing or neutering is a fairly straightforward procedure, it’s important that you pay attention to your pet’s aftercare. The most common mistakes people make after neutering their male dog are letting them lick the incision or allowing them to play too roughly.

For the first few days, your dog will need to rest and stay calm. If the incision becomes red, swollen, hot, or oozing pus, you will need to take your pup to see a veterinarian immediately.

Dogs are social animals, and neutering will help keep them happy and healthy. The benefits of desexing are many and should be considered by anyone who owns a male dog. If you are considering desexing your male dog, please contact our clinic for a consultation. Our team of veterinary surgeons will be able to answer any questions you may have.

Pet owners trust us to look after the needs of their beloved companions. We are specialists committed to delivering the very highest of veterinary care and affection.